Cats are evil. No they really are. This film told me so as a child and I’ve believed it ever since. Peter Cushing can’t be wrong, he’s Sherlock Holmes, Frankenstein AND Van Helsing. If there’s one man in the world I’m going to beleive on the matter of what’s evil… It’s him.

So put away all your cute pictures of cats playing with balls of wool and realise that they are playing you and if you fall asleep they would have no problem eating your face.

The Uncanny is one of the many portmanteau films that came out of the UK in the seventies. The most well known of these were probably from Amicus productions who did a whole series of them starting with Dr. Terror’s House of Horrors

This one however was produced by cinevideo, in Canada and the UK, but it still lives up to expectations.

The film begins with Peter Cushing warily walking through the streets of Montreal clutching onto his manuscript for dear life, cats following his every move. He clearly looks on the wrong side of mental. He’s an author who has previously written a book on the existence of UFOs and approaches his Frank Richards (Ray Milland) to publish his findings. That cats are evil supernatural creatures and could very well be the devil in disguise. 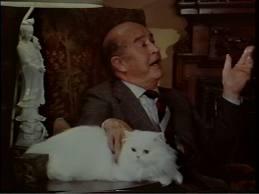 Yeah that’s right EEEEEEEVIL CATS. People who are allergic, well that’s just a survival technique so the cats can’t get them. And they’re all like “oooh they’re sooooo cute, but I’m all allergic so I can’t go near them”. Cause you need protecting from yourself dumbass. Posting cute cat pictures online, having them wear little outfits. STOP. Stop right there, spreading your evil. There’s a reason you can’t just walk into a book shop and buy Mein Kamp, so just stop it.

Oh whats that Mr Cat, you want fed. Okay master I’ll drop everything I’m doing like creating world peace to get you some satchet of food and lose my train of thought. See without cats we’d already have world peace and I’m not even that far into the review. Evil. 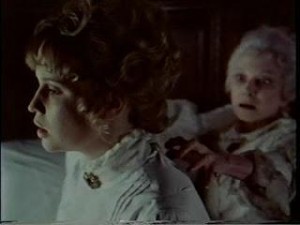 The first FACTUAL story takes place in 1912, London. A crazy old woman (Joan Greenwood) has like 2 million cats and has decided in her wisdom that all her money is going to be left to them when she’s gone. Which doesn’t sit well with her nephew, so he plans to kill her with the aid of his lover, the maid Janet (Susan Penhaligon) who overhears the creation of the new will and manages to steal a copy from the lawyers bag. The bitch.

So the nephew decides since the only copy now resides in his aunts safe he can just kill her, steal the will and make off with the cash. I mean the guy is clearly a bastard so you can’t empathise with him in any way, Janets just a dumb ass that fell for the wrong guy. But surely when your partner starts taking about murdering his aunt for cash alarm bells should start ringing and you should probably start thinking about ending the relationship. Especially when his “plan” involves you doing all the work and taking all the risks.

Actaully I’m looking forward to the cats getting this dick. 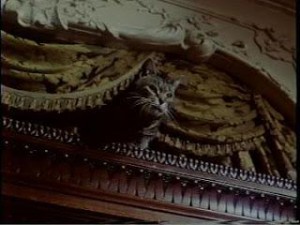 There’s some awesome close up of cats looking evil and the classic cats paw scratching action. RUN AWAY WOMAN THEY’RE GONNA GET YOU… ahem.
But the publishers not conviced… Seriously, all it took for me was seeing Peter Cushinig walking through the streets of Montreal being followed by cats but apparently this guy doesn’t care about that. Damn cat owner sucked in by the power of the feline. FUCK YOU CATS, I KNOW YOUR PLAN.

What you’re not with me either…? Well just as well Mr Cushing has two other stories then isn’t it. 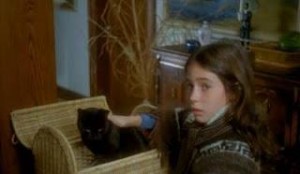 The second story takes place in the Province of Quebec, 1975 (you’re catching the Canadian influence right). It features a recently orphaned girl Lucy (Katrina Holden Bronson) and her cat Wellington going to live with her aunt’s family. But the new family aren’t fans of cats, and not even for the obvious being evil reasons. They just don’t like them. That’s natural selection at work people.

Now I don’t know what the hell is going on in this segment but it appears that everyone has been dubbed over at a later date. I don’t know if it’s just me but it’s especially bad with the two kids in the story. And her cousins a little fucking brat too. 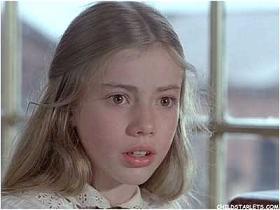 Oh and her (Lucys) mum had a ton of books on witchcraft which they gave to her, that’s relevant to the story but a bit weird. I’m pretty sure if a kid turned up to your house with a ton of books on witchcraft and a cat you’d be pretty freaked out. But I suppose you could buy a Ouija board for kids from the parker brothers back then. The same company that made RISK and Cluedo… Mental.

Oh and apparently the girl can talk to her cat. I used to go out with a girl who did that. She was mental, like she spoke to the cat more than she spoke to me. It was the freakiest thing to watch, yeah that didn’t last long. I sure can pick them.

So the family finally get rid of the cat. Which is pretty much all due to the bratty little fucking cousin. Her Aunt burns the books on witchcraft which all happens pretty quickly after Lucys arrived, so not long after her folks have died. You can tell she’s gonna have a great time living there, they are clearly lovely people and not in anyway cunts.

Lucy concocts a plan to fuck that little shit right up and with some classic reverse phsycology, she gets the bitch. Don’t fuck with cat people into witchcraft, another lesson learned. Thank you Mr Cushing. 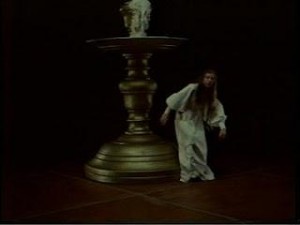 The final segment takes place in 1936, Hollywood. Donald Pleasance plays and ageing actor Valentine De’ath (awesome name) who murders his wife by replacing a pendulum prop in a film they’re making so he can run off with his mistress. Wow, this film sure is filled with bastards.

Also features the amazing line “That was terrible, she has to be more real” when the woman was actually torn apart by the pendulum… Nice.

It being Hollywood they get right back on filming the rest of the picture as soon as the police leave. Just replacing the dead wife with his mistress. His wifes stand in. Handy really. Like it was already planned. Mmmmmm. 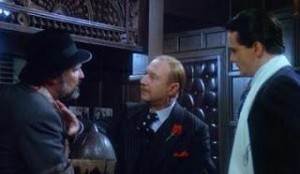 Just a little shout out to the awesome John Vernon who plays the films director Pomeroy. He’d steal every scene he was in if it wasn’t for Donald Pleasance. That’s the great thing about these films, they generally have awesome casts for each segment. Even the little girls in the second segment had a decent back catalogue of film and TV behind them. Chloe Franks who played the bratty cousin Angela, had already been in The House That Dripped Blood, Tales from the crypt, and the seventies TV show Heidi.

Damn I’m so busy typing I’m missing the cat being all evil and junk. Which results in Donald Pleasance chasing the cat around the house accompanied by some comedy music which is totally out of place with the rest of the film. I mean what the hell were they thinking? You know what we need in this horror film, a guy chasing a cat to comedy music. Oh dear.

Things quickly get back to the business of cats being evil though. Turns out Donald Pleasances plan of getting his mistress in may fall flat on its ass as she isn’t a very good actress. I mean Samantha Eggar is awesome but the character she plays can’t act. Remember they’re making a film. I spoke about it ealier. You know this is a film review and not me just ranting about cats being evil right?  I mean cats are fucking evil but I am in no way allowing my bias affect this review in any way. Ahem. 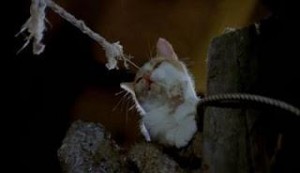 The cat makes it to the studio where they’re shooting the film and precedes to get it’s revenge. I mean you knew where this was going right? I mean by now you’ve got the way these stories work. And that cats are evil. I mean it’s kind of one sided because the cats kill dicks in this film but if you take anything away from this film it’s that cats are evil. Actually wait no, they don’t just kill dicks. The ends coming up and you know that Mr Cushing isn’t going to get away with spreading the word on the evil of cats.

This film is awesome and fit’s nicely into the classic horror films made during the seventies in the UK. Hammer may have dropped the ball on a couple of films during this time which cost them a ot of money and some of their reputation but by then there were plently of companies making quality horror films in the UK. I’m not saying Hammer didn’t make some amazing films in the seventies, cause they did, and I’ll be reviewing some of them soon.

On a side note the director also produced MASK and Jayce and the Wheeled Warriors… How cool is that.

Till next time. And remember CATS ARE EVIL 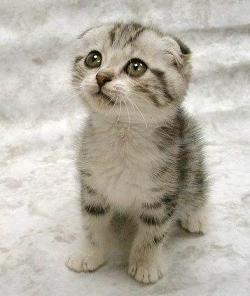 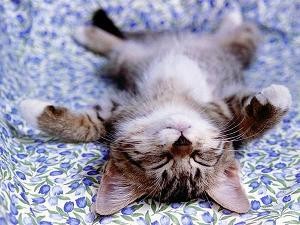 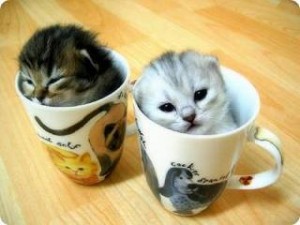 Don’t say you haven’t been warned.

write essay for me http://dekrtyuijg.com/

Thank you, Loads of material.